We’ve been wanting to interview a mother who had a late pregnancy for a while. Perhaps out of modesty or simply out of scarcity, we couldn’t find any until Feliz. When we met her and she revealed her age, it was hard to believe! She looks so much younger than she is and in her way of living. Feliz proves to us that motherhood is above all a state of mind and that there is no ideal age for it. In this article, she reveals herself, tells us about her vision of motherhood, her career and sweeps away clichés and preconceived ideas with style. You rock Feliz!

Feliz, can you introduce yourself in a few words?
I am American/Swiss after living here almost 15 years. I am 49 years old, married and have a son, Candide 2.5 years old. I studied Communication Arts & Design, then got my MBA. After working as a Designer and then Art Director in New York City for a decade, I came to Geneva for a holiday in the summer of 2005 where I met the man that is now my husband.

Here, I mainly worked directing large-scale visual communications, branding, and packaging. Since becoming a mom, I began part-time teaching of English, Visual Arts and Luxury in the public and private sectors.

You had your first child at age 46, have you always wanted to have kids?
Actually, the thought of having children (or a child) was never a pressing issue with me. It wasn’t “mon projet de vie” for sure! I never even dreamt of a classic white wedding.

It wasn’t until the age of about 27 when I spent some time with my first nephew that I thought, yes, it would be nice one day to have a little person like this in my life. However, since my mother was a single parent with three children, our life was sometimes a struggle. I grew up in an often financially precarious situation with no father, nor any financial support from him. This impacted my view of life enormously.

My mom believed fiercely in independence and instilled this idea in me. Still, the dream of building my career and being able to support myself “properly” before possibly bringing a child into this world was more about necessity not merely pride. And if I couldn’t do that, well then, I decided somewhere deep in me, that perhaps I shouldn’t bring a child into my struggles. It seemed to be a responsible and realistic approach.

Once you found THE one and decided to conceive, did you easily get pregnant?
After decades of trying to NOT get pregnant, I thought trying to get pregnant would be easy. I’ve always been able to maintain my weight, eaten healthy, avoided smoking, exercised gently and regularly… so I thought I’d be a good candidate. I was deluded! When finally, I’d been with my current partner for some time and we happened to get pregnant at about 40 yo, I thought “Okay, scary, but let’s do this”!… But my body couldn’t hold the pregnancy and I miscarried.

How did you experience your miscarriage(s)?
Although the first time we got pregnant we weren’t trying, it was a surprise, it was also the most difficult to lose. We were 2.5-3 months along and naively thought it was safe to let ourselves get carried away and begin to dream of this little person that was coming. On that day we decided to buy a little Japanese silk cat toy for the baby. That evening, I started to miscarry. The procedure was uncomfortable at best. My husband stayed close to me. He sheltered me for a few days. He cooked me his famous Canard au Miel dish to cheer me up. The experience was tough on him as well, so we just spent a few days of quiet time together.

We were really hoping for a natural pregnancy and tried to have a baby naturally, unfortunately after my 3rd miscarriage we decided to seek for help.

After a failed attempt of IVF in Geneva, we decided to go abroad, mainly for financial reasons. We had 2 attempts in a clinic in Brno in the Czech Republic that were not successful and finally tried out an amazing and very professional Clinic in Spain. I had my IVF there and then came back to Geneva for all the regular checkups during pregnancy with my OBGYN.

When I finally became pregnant, we were beginning the renovation of an old house. I didn’t have time to relax and although it was a bit stressful perhaps it was for the best. I just kept going – overseeing work everyday at the house, putting out fires, running errands to find everything from the tub and faucets, to the front door.

As the pregnancy progressed, I was winded more easily, I started going to sleep earlier as it was difficult finding a comfortable position and I had terrible gastric reflux that made it very difficult to get any sleep at all. It made it nearly impossible to eat after 3pm (no exaggeration) and then I’d sleep at a 45° angle because lying down brought on the burning reflux. In order to feel better, I drank loads of water and walked a lot wearing a maternity belt that gave me support and helped tremendously.

Do you ever feel like you’re living off the grid (about the fact that you had your child later vs. the “norm” in Switzerland)?
It’s true that in Switzerland I have heard comments, mainly from women concerning having a family as THE priority of life… many state it as their life project without a doubt.

Since I was in my late 30’s and childless, I’ve been asked “Why wouldn’t you and your husband want to have children!?”, “Aren’t you kinda old not to have had children yet?”, “Why doesn’t your husband want children with you?”. I overheard a group (mixed but mainly men) at a party saying that it was an abomination for a woman to have a child at nearly 50 yo. These are the true feelings of people that they perhaps won’t discuss in polite company.

When I came to Geneva from New York City at the age of 36 yo, the mentality of ALL my female friends, myself included, was… it’s great if you want a child and a family, but it’s not necessarily a priority. New York City is a difficult place to raise children and a smart woman considers how she’s going to manage it before jumping into forming a family. My perspectives on life were largely formed by this lifestyle as well as my personal history.

This area of the world is rather conservative and perhaps I am affronting a way of life. This can make people uncomfortable. However, after living here quite some time, I now see these old-fashioned ideas being challenged all over Switzerland.

You focused on your career in the first part of your life. In retrospect, do you think a career is compatible with motherhood?
I most definitely think a mother can have a career but our society doesn’t support this. That being said, I love (as well as does his Papa) being with my child and learn so much from this experience for which I am ever grateful.

Nonetheless, I can’t imagine the demands of an engaging, full-time career pulling me away from the beauty of being in the moment as a mother. I want to feel this fully and savor this time of my life. It’s fascinating, because I’ve been stopped by women in the street that say quickly, “It’s such a lovely time and it passes so fast. Enjoy it!”. I see what they mean – It’s precious and I want to live these moments slowly. So ultimately, I think, it as with many things in life, it’s only as good as the effort you put into it.

Curiously, the problem isn’t that career is incompatible with motherhood but rather that we have constructed a society is generally incompatible with motherhood and an important career. Not only does the society we live in put a premium on the patriarchal, workaholic values that are currently eroding our planet, but also puts rather strict divisions on the roles of women as mothers and men as the breadwinners. These roles are outdated for both women & men. Many men would like to participate more in the raising of their children and plenty of mothers want and are capable of stellar careers. And why not be able to spend quality time with your children as well? It’s possible, and it’s simply a question of shifting paradigms.

Do you sometimes suffer from the stare or remarks from other people, especially other mothers?
No, I haven’t really suffered from remarks or stares of others. Well, once someone tried to politely ask if the child was mine or…??? without finishing their thought. Perhaps people are too polite or maybe they don’t really care at the end of the day. I did suffer the remarks of my young female work colleagues when in my late 30’s. I clearly wasn’t adhering to the status quo they embraced, and they tried to this to undermine my self-confidence. I found women my age to be more understanding and to have a more nuanced view of life, motherhood and children, etc…

Do you think that having a child in your late forties is selfish?
The world is made up of all sorts of families and all sorts of parents; many of who turn out to be terrible parents. If you really want to be a parent and can offer a healthy home to a child, you are already at an advantage. Age is not what counts in parenting; strength, compassion and long-term devotion are what counts.

I believe strongly in adoption, and recomposed families – a family is who loves you and who you love… not necessarily Dad, Mom and a Child.

In the end, is it any different to have a child at 46 vs. 36?
Sure, there are the physical aspects: I think I would’ve perhaps recovered faster after the birth. And now, in retrospect, I would’ve loved to have this beautiful little kid with me sooner because he brings so much joy and beauty to my life. Ultimately though, I wasn’t ready at 36 yo, and I had to let my life play out the way it did in order to get where I am now. I am grateful for being here now.

Of course, I did think about the fact that when my son will be 25 I will be over 70. Hopefully, thanks to my genetics and my way of living I will still be strong and energetic. Also, my husband is a little younger than I am. We are very fusional, and we do this parenting job together.

Feliz, what can we wish you the best today for tomorrow?
That Trump be impeached (haha)! On another note, my hope is that one day the society recognizes the importance of Motherhood and Family. Once the society makes space for it, it will help men to be included and take over some of the mental load off women. This will also help support women in what they want to pursue: a career or motherhood or both. 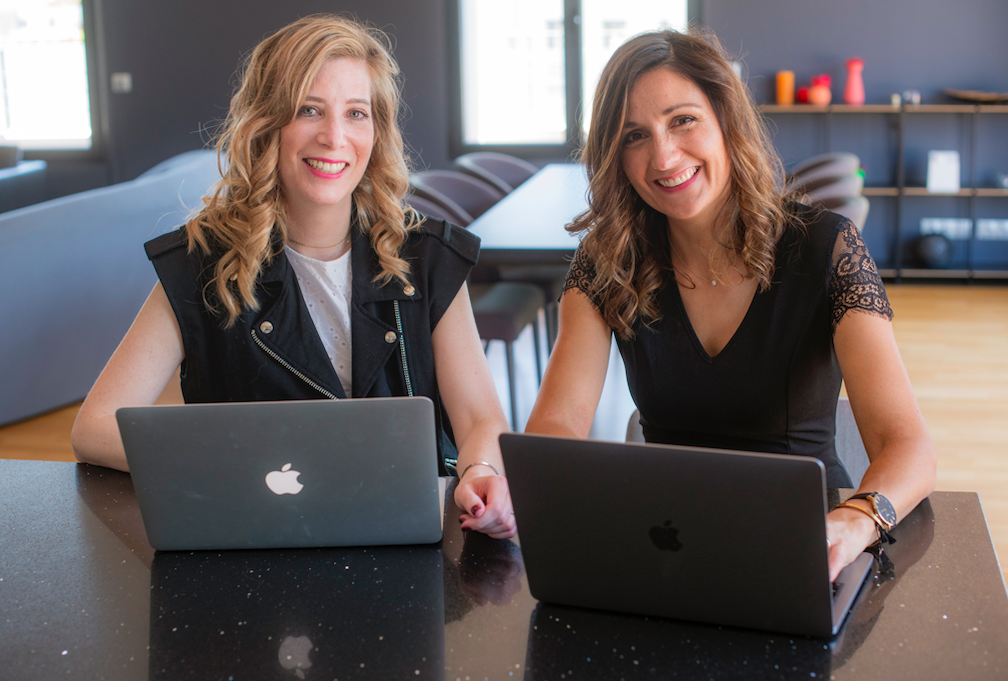 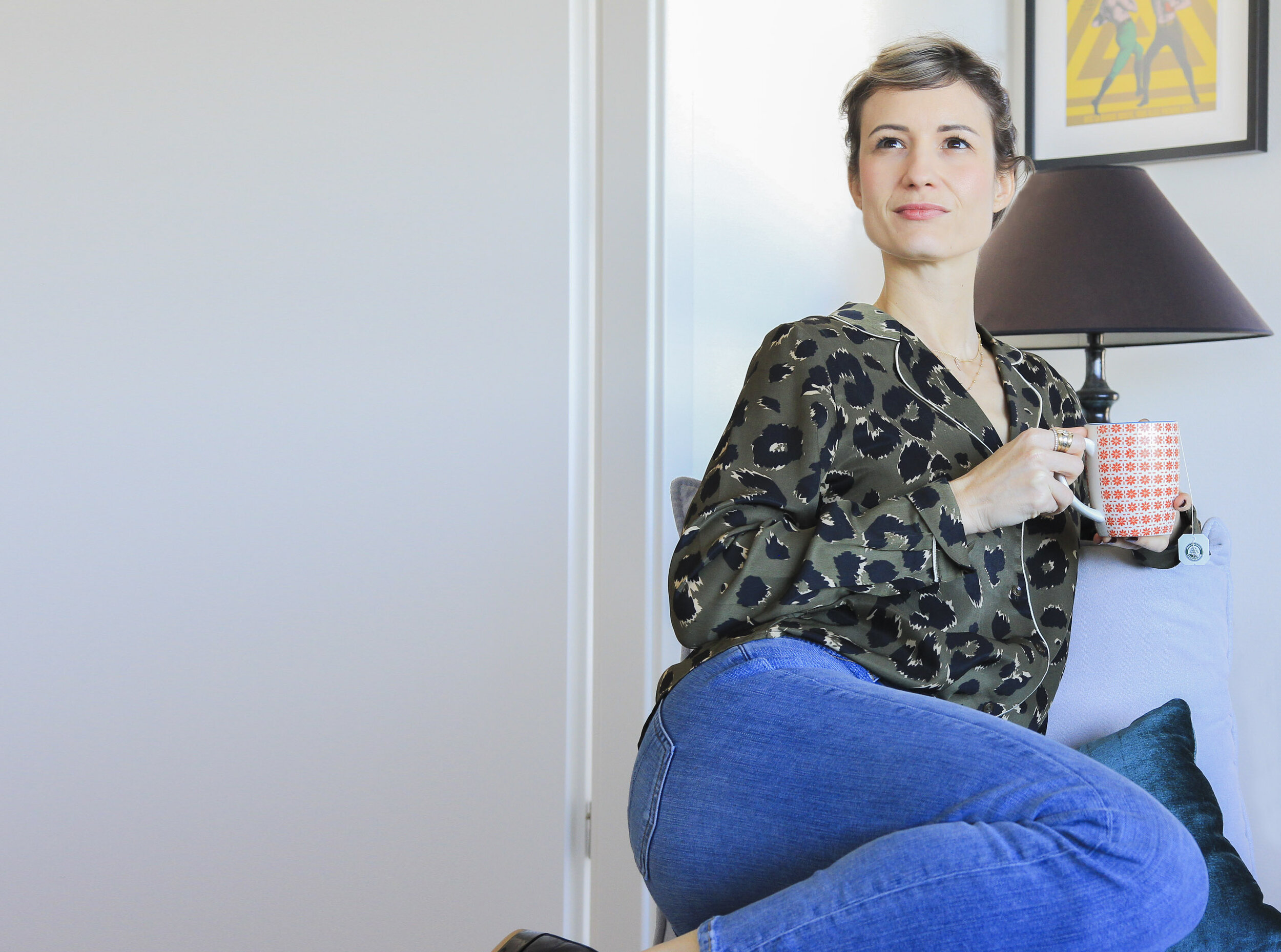